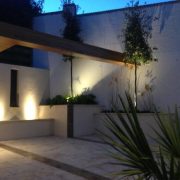 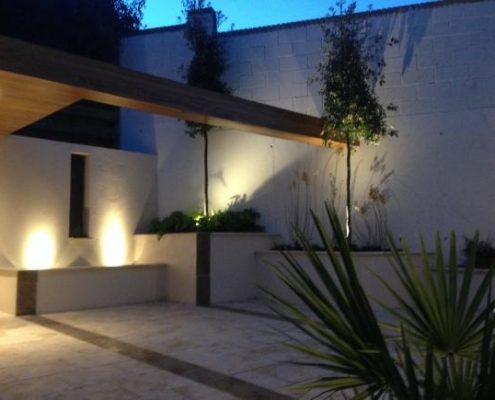 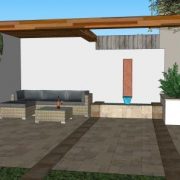 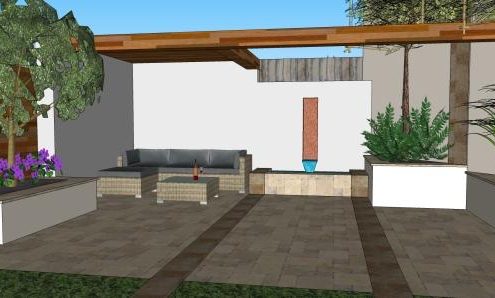 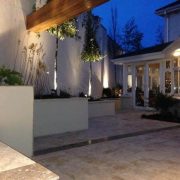 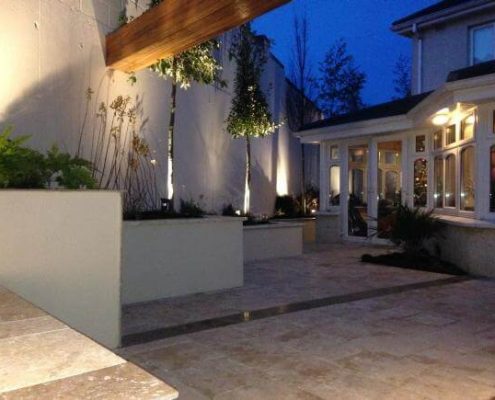 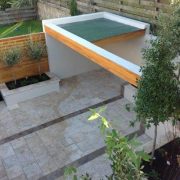 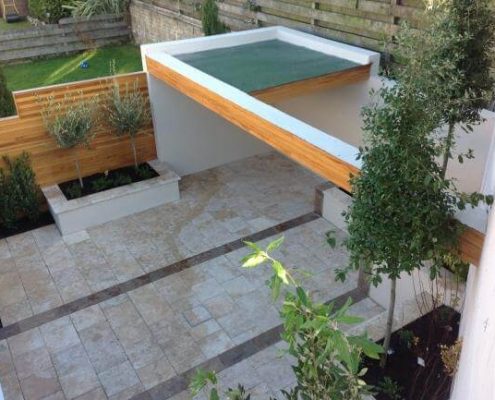 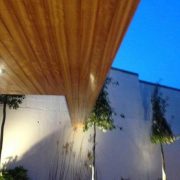 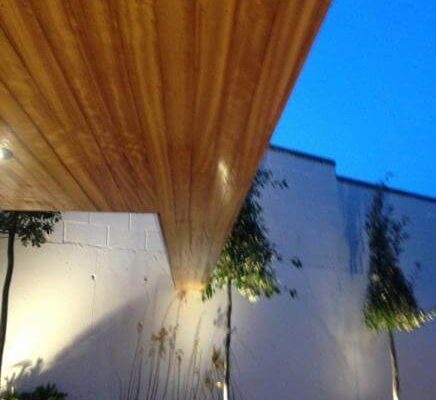 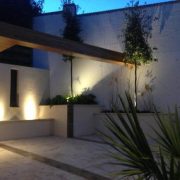 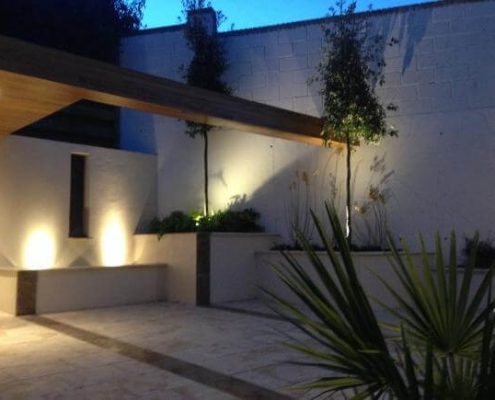 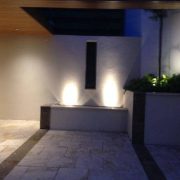 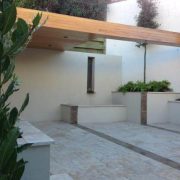 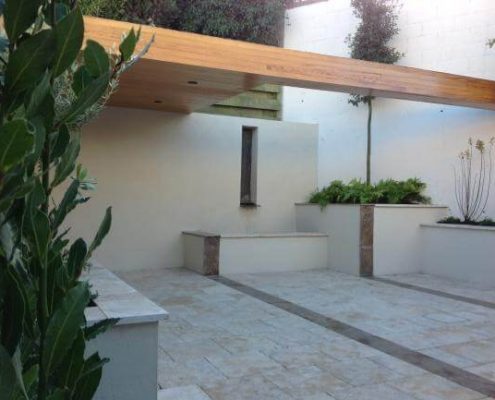 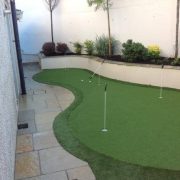 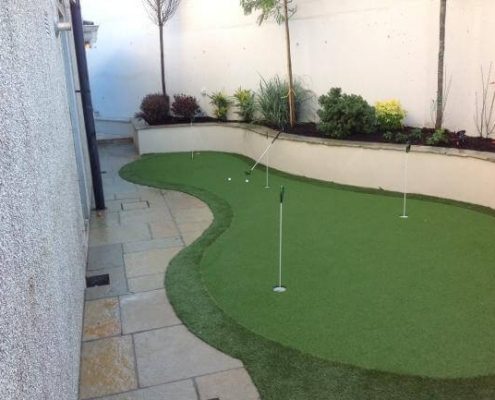 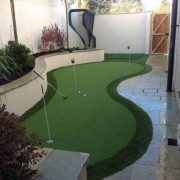 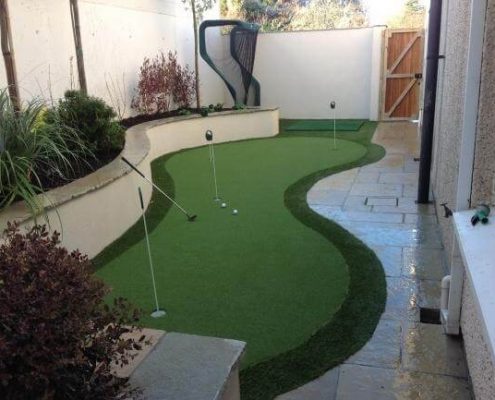 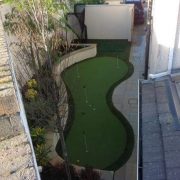 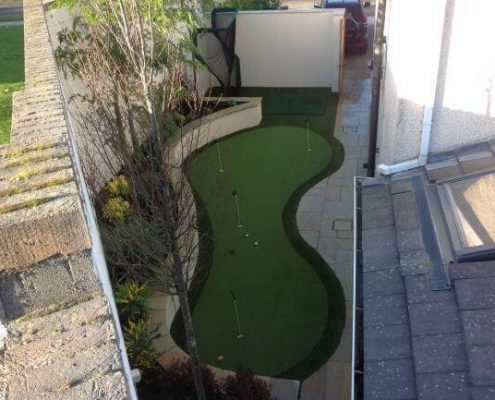 When was the work done?

A transformation (and yes, it WAS a Transformation!) of our back, front and side gardens.

How did you choose Greenstone Landscapes?

Found Ross and Greenstone on PickaPro. We liked the look of some of his previous work. We had had a few ideas ourselves in terms of what we thought we might do but in the end, we didn’t have the skills and expertise to do what was needed or what we wanted. I must admit, we were a little tentative when making the contact at first but fortunately, we took the plunge.

Had you definite ideas in mind before you talked to Ross Farrell?

A few but as I said, we had neither the skills nor expertise to do what we wanted.

Absolutely. However, he took on board all of our own initial thoughts, ideas and wishes and turned into something far greater than we imagined. The process was very collaborative. And he was open to making some changes along the way which really benefited the final outcome.

How did the project run?

Ross and the team were extremely efficient. The project ran slightly over schedule due to the uncovering of a small spring which wasn’t planned for. This was dealt with in excellent fashion (with Ross’ engineering skills to the fore). There was an additional cost as a result but it would be hard to get upset about something as unforeseen as that. The team were extremely tidy (although it was effectively a building site for a few weeks).

What was the biggest benefit to you of using Greenstone Landscapes?

Ross took our ideas, turned them into something much better and brought it to reality. The initial plans Ross drafted were great – it gave a great sense of what the garden could become. And if we didn’t like them, we could have just ended the process there and then.

No one thing: The garden is small but it looks great and much bigger than it did. The back area is great for relaxing. The side area now has a putting green and practice golf area and the front garden is far more usable from a parking perspective and looks far better than it did before. The work Ross and the team did has transformed the house – not just the garden.

Would you recommend Greenstone Landscapes to others?

Any tips for other people?

We spent a number of years playing around with a number of potential ideas. In the end, we realised we needed professional help. We spent a long time looking through the internet to find work we liked.

So Tip 1: Talk to a professional and preferably someone whose work you have seen and liked.

Tip 2: Know your budget and factor in a contingency (say 10%). We factored in our own contingency even though Ross stated that once he quotes a price, it is rarely exceeded but we needed that for the issue with the ‘spring’ as outlined before.

Tip 3: Changes to plans along the way will likely cost extra money – so try to have as much of the plan scoped out and agreed at the start. We made a number of changes (building an extra wall, etc) during the process and it cost money – but they were at our behest and we were delighted that we did them.

Tip 4: The garden can be a real extension of your home provided it is planned correctly. Previously, ours was an area purely for hanging out washing – now its an area of relaxation, an area for parties in the summer and an area for improving my golf! And it looks fantastic. We had originally considered building an extension just to utilise the space – but doing what we did has delivered a far better use of space for us.

One final Tip – if you do get Ross and the team in, just make sure you have plenty of milk! (They drink a lot of tea and coffee):-)

Contemporary Modern Garden in Limestone and Iroko
Scroll to top