This garden was a blank canvas which needed to be transformed into a contemporary Dublin City Modern Garden for day and night time entertaining. Black polished limestone was used as the main floor material, with cream travertine used as detail around the flat roof summer house. To introduce some texture the facia and underside of the roof were clad in iroko hardwood. A feature wall was built opposite the summer house. The wall was clad in the polished limestone and a fire pit was built at the base for some heat on the cold nights. White grout was used in all the joints to highlight the black stone.

Planting was simple but effective to soften the hardness of the garden. A row of olive trees were used along the back wall as cover for the houses behind. Agapanthus were used under the olives to provide plenty of colour in late summer. Two Japanese maples flanked either side of the lower level. Two Hornbeams were used in the raised bed on the left to screen the neighboring house. A standard holly was used in the bed at the back door to help break up the large wall that dominated that part of the garden. Lighting was also a key factor to show off the garden at night whilst sitting inside or out. 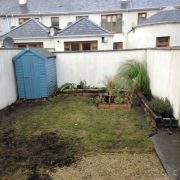 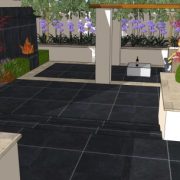 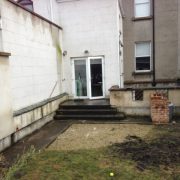 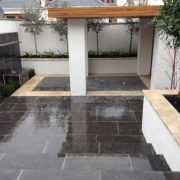 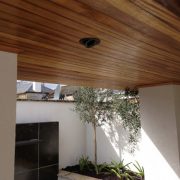 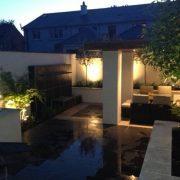 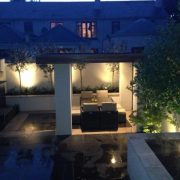 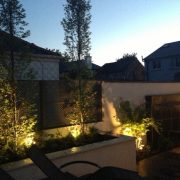 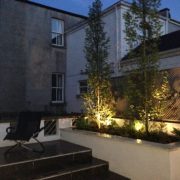 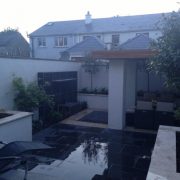 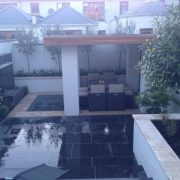 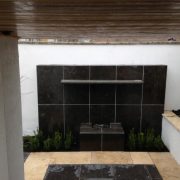 VIEW PROJECTS GET A QUOTE
Garden with Raised Patio