When the children had outgrown the garden, the homeowner decided to recreate the space of the garden at angle. Greenstone Landscape’s brief was to create space, keeping it practical and usable with no lawn. To achieve the best effect, the garden design cleverly uses both angles and terraces. 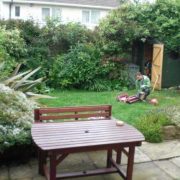 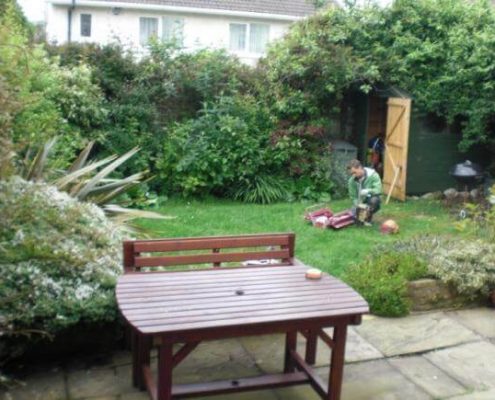 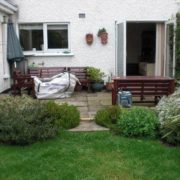 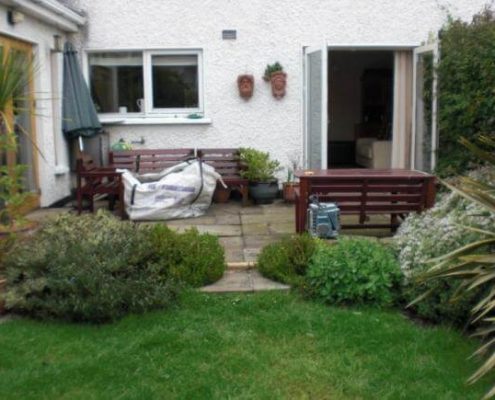 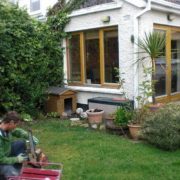 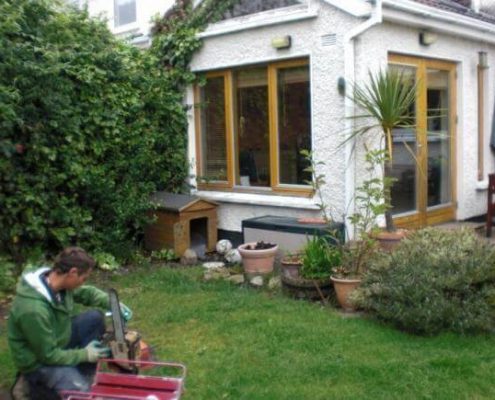 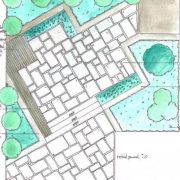 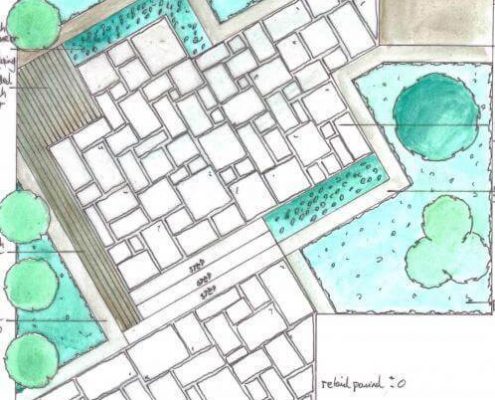 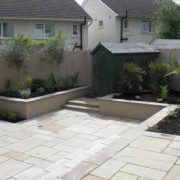 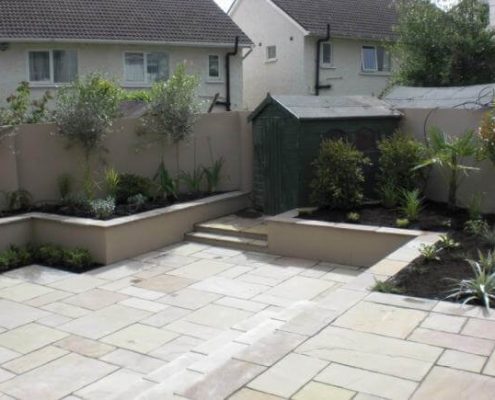 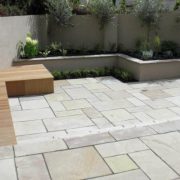 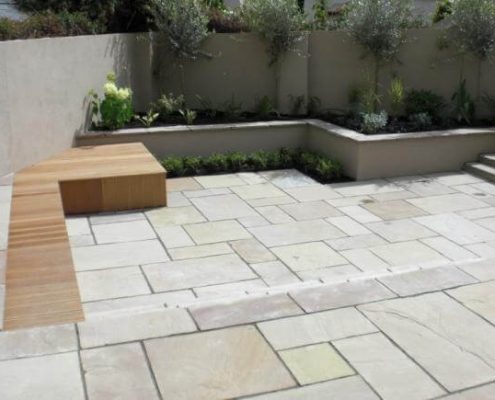 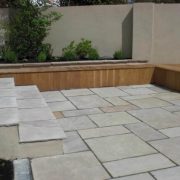 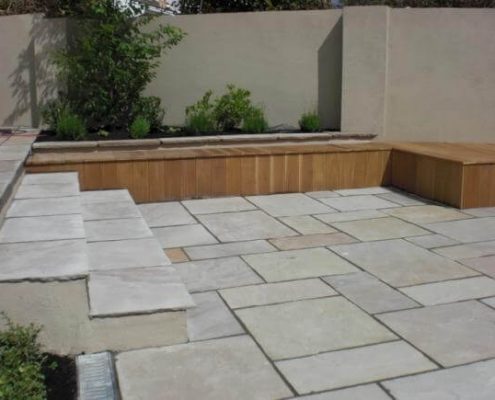 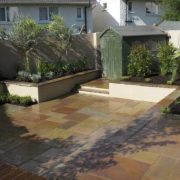 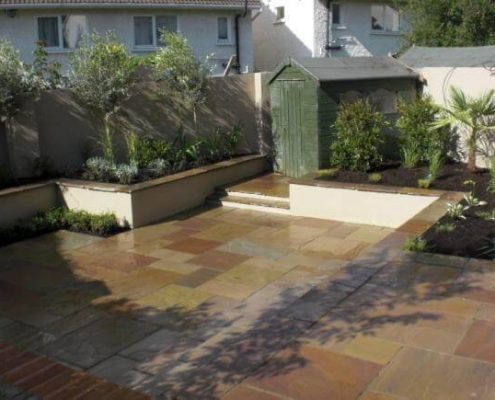 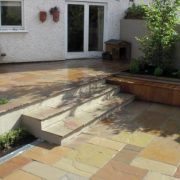 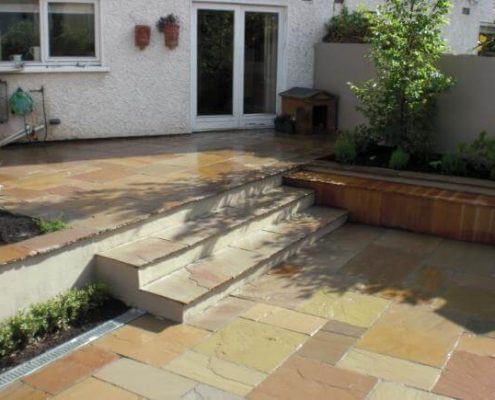 When was the work done?
The work was carried out in June, 2010.
What was involved?
Ross and his team completely cleared the back garden, removed the grass and green growth on the walls and took up the patios. The garden was then totally redesigned and landscaped. The project took just over two weeks to complete.
How did you choose Greenstone Landscapes?
I found Ross Farrell on the pickapro website. I looked at pictures of previous work that Ross had carried out and I really liked what he had done with similar gardens like ours. Ross had incorporated a lot of ideas in those gardens that I was looking for. Another thing that I liked was a testimonial I read that said that he had been able to access the back garden by going through the house because a side entrance wasn’t available. That was a situation I was in. When Ross came to speak to me he was really nice and was able to put together plans that used my ideas but added some design ideas of his own that were very good. I had gotten three different quotes. One of them came in at the same price that Ross had given me, but it was Ross’s design that won him the job.
Had you definite ideas in mind before you talked to Ross Farrell?
I had two patios, one raised and the other sunken. My plan originally was to go straight across the back of the garden.
Did Ross introduce new ideas?
Ross’s idea was to do the garden at an angle and he was right. The design was excellent.
How did the project run?
It was excellent. They arrived promptly every morning, came through the house without ever causing a scratch and cleaned up after themselves every evening before leaving. When they finished the project, the front and back of the house were spotless. It was fabulous.
What was the biggest benefit to you of using Greenstone Landscapes?
There were three people including Ross working on the garden who were just so nice and settled. Good, professional, trustworthy people who just got on with their jobs. I can’t emphasise enough how nice it was to have them working in the garden.
What’s your favourite part now?
I love the whole thing, it’s gorgeous. I have three boys that have outgrown the use of the garden. Now it’s like I have another room for entertaining. It’s lovely to look at and I can’t wait to use it this summer.
Would you recommend Greenstone Landscapes to others?
Oh, absolutely! I have no problem recommending them.
Any tips for other people?
I think it’s important to have a good idea of the styles you like but not necessarily the details. Take some pictures from the internet or from magazines and put together a scrapbook you can show to others. I think it’s also important to get several quotes based on the type of work you want done.