Our client was a model railway enthusiast so the garden obviously had to be designed with the railway in mind. A large figure of eight wall was built as the main feature with the track on top. Rolling mounds in the center of the track resembled the countryside and two large specimen Japanese maples were used as center points within the rolling mounds.
A water feature resembled a river running through the hillside with small water fountains creating the movement. A large curved lawn meandered up the garden to the station house where all the train maintenance was carried out. As the garden was near Dundrum, a small mock Luas bridge was built as a small feature within the track 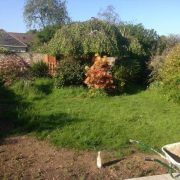 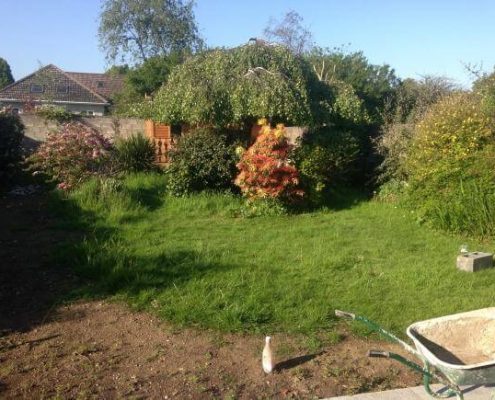 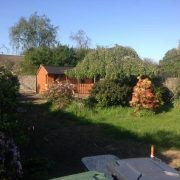 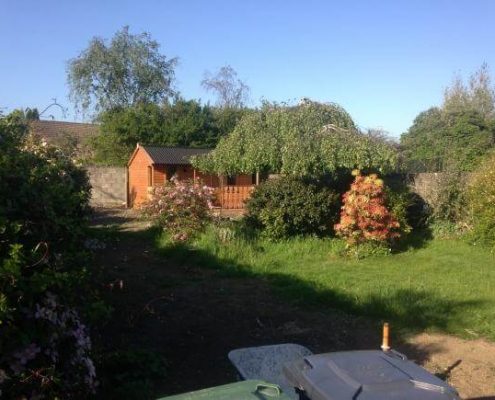 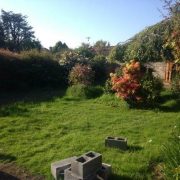 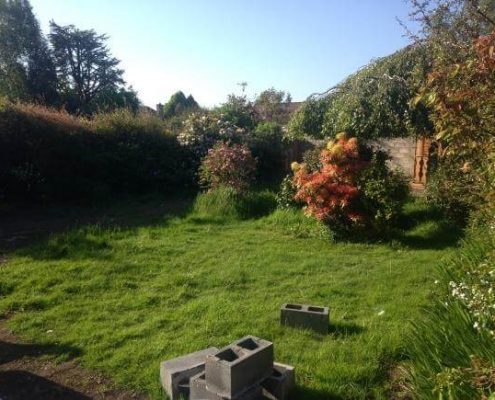 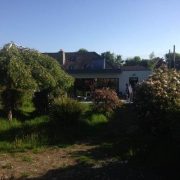 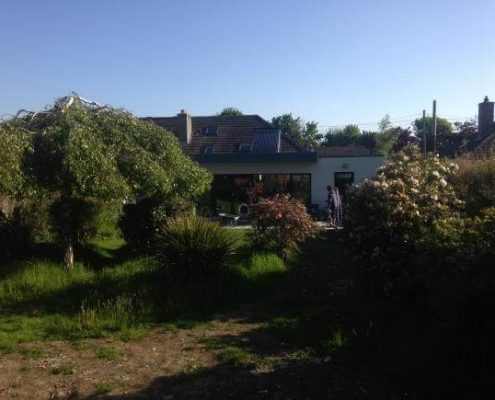 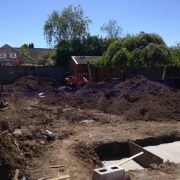 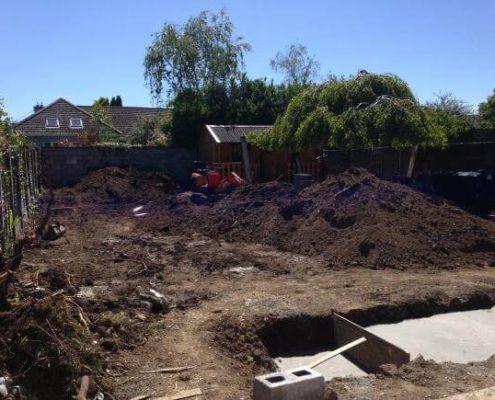 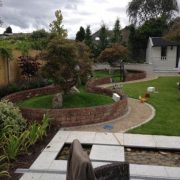 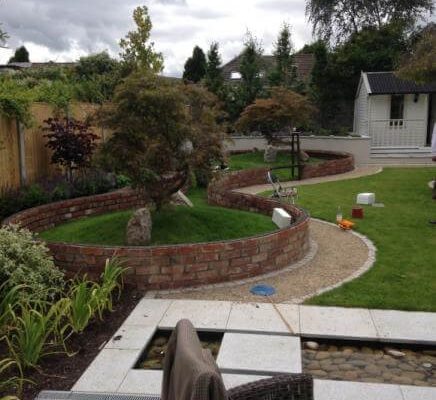 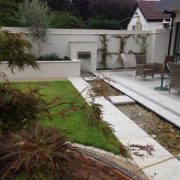 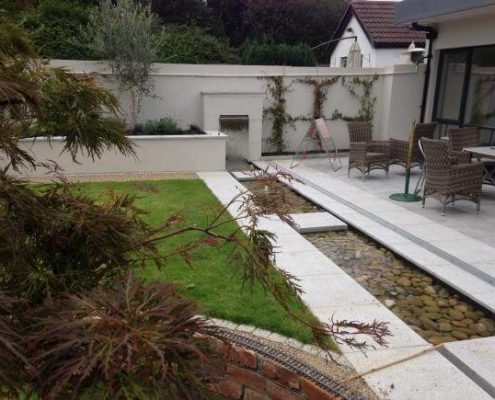 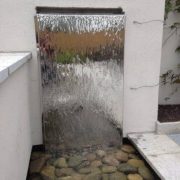 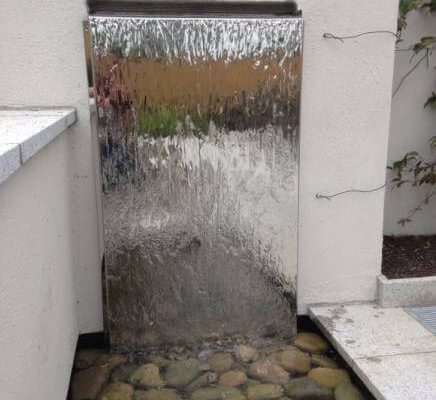 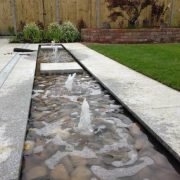 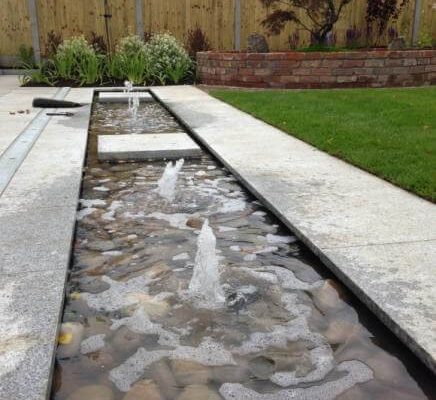 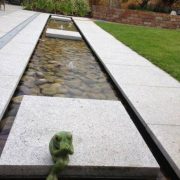 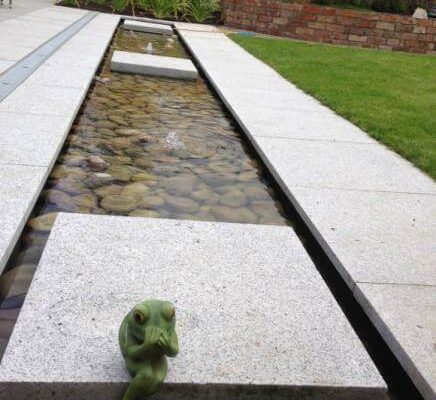